Hospitals Aren’t Protecting Expectant Mothers, Even Though They Can

Home/Birth Injury/Hospitals Aren’t Protecting Expectant Mothers, Even Though They Can

Hospitals Aren’t Protecting Expectant Mothers, Even Though They Can 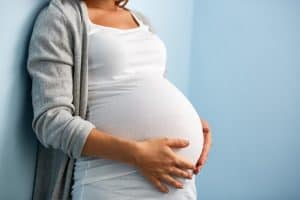 An explosive USA TODAY investigation has revealed that hundreds of U.S. women are dying, and thousands are suffering long-term injures, due to hospital and medical error. According to their findings, about 700 mothers die during delivery each year. About half of these deaths were due to the lack of quality childbirth care.

USA TODAY reported that less than 50% of maternity mothers were treated for blood pressure problems in a prompt manner. In some hospitals, the rate of prompt blood pressure treatment was under 15%. USA TODAY claims that numerous hospitals even agreed that they weren’t acting in a timely manner or weren’t quantifying the amount of blood loss. Mothers should be given medication within one hour of the determination that the mother’s blood pressure is dangerously high. Extremely high blood pressure can cause heart strokes.

Another key issue was with the diagnosis and treatment of post-partum hemorrhage. Rather than measure the amount of blood a woman loses, many doctors and nurses are “eyeballing” the pads beneath the mothers, and then just guessing. This puts mothers at an increased risk of excessive blood loss, which can lead to dangerously low blood pressure, organ damage, and infections.

YoLanda Mention’s blood pressure rose to dangerous levels after she gave birth to baby. Tragically, she was sent home from a premier hospital even though her blood pressure was extremely high. She later returned to the ER where she was forced to wait for hours, according to her husband’s lawsuit. While waiting, she had a stroke and died soon thereafter.

The husband is raising their three children. He works extremely hard not just to earn a living and raise the children – but to make sure the children are reminded of how remarkable their mother truly was. He still hasn’t explained exactly what happened to their mother.

The U.S. has a real problem with maternal deaths

While the number of deaths, between 1990 and 2015, during delivery has declined in most developed countries, the mortality rate of expectant mothers in America has risen dramatically. We are the only developed nation in the world with rising maternal mortality rates. Our maternal death rates are higher than every other developed country except Brunei and Argentina. As one leading doctor stated that “Our medicine is run by cowboys today, where everyone is riding the range doing whatever they’re wanting to do. It’s a failure at all levels, at national organization levels and at the local hospital leadership levels as well.”

At the Rocky McElhaney Law Firm, our Gladiators in Suits understand why medical malpractice happens and what steps should have been taken to protect a mother or a child. We work with experienced obstetricians and delivery room health providers to assess fault and the causes. We file wrongful death claims when a parent or child dies and birth injury cases when harm occurs. To speak with an aggressive Nashville medical malpractice lawyer, please call us at 615-246-5549 or compete our contact form. We have locations in Nashville, Hendersonville, and Knoxville, Tennessee, and represent clients across Tennessee.