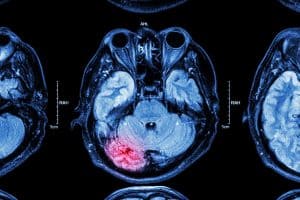 Doctors, researchers, and scientists have made amazing inroads into understanding the brain and how it works. However, there are still endless things about it we don’t understand. And, because the brain handles so many roles in so many important bodily functions, a traumatic brain injury (TBI) can have long-term and serious implications. Medical professionals are continually working on ways to determine how to better diagnose and treat these injuries.

The Washington Post recently reported on a study that raises some concerns about those long-term implications. Although the medical field has already established symptoms of traumatic brain injury, including:

However, there may also be some long-term psychiatric effects from traumatic brain injuries as well. According to the study, TBIs may increase the risk of suicide.

In a study entitled “Association Between Traumatic Brain Injury and Risk of Suicide,” Danish researchers examined more than 34,500 suicides that occurred between 1980 and 2014. Approximately 10% of those who died by suicide also had a documented traumatic brain injury.

One of the authors of the study, Trine Madsen of the Danish Research Institute of Suicide Prevention, said, “Individuals with mild TBI, with concussion, had an elevated suicide risk by 81 percent. But individuals with severe TBI had a higher suicide risk that was more than double [the risk of someone with no TBI].”

Three factors in particular seem to point to a higher risk of suicide:

The authors also believe that their estimations are likely low, since TBIs were less understood in the 1990s, and even today, many people don’t seek medical treatment. There’s no clear answer on what causes this elevated risk of suicide. Some speculate it could be a result of damage to blood vessels and resulting inflammation. Or, the disruptions and disabilities relating to a person’s daily routine and activities prior to their injury could create anxiety and depression.

Regardless of the cause, TBIs shouldn’t be taken lightly. Bob Knight, a neurologist and professor of neuroscience at the University of California at Berkeley, puts it this way: “If you had the same amount of injury to a language center of your brain, you’d be sent to a speech pathologist. Bottom line: People should not be sent out of ER without a follow-up.”

The Nashville brain injury attorneys at the Rocky McElhaney Law Firm are here for you and your family when you’re affected by a traumatic brain injury. When you’re hurt because of someone else’s recklessness or carelessness, you deserve compensation for your injuries. We will fight for you! Call our Gladiators today at 615-246-5549 or use our contact form to schedule an appointment. We have offices in Nashville, Hendersonville, and Knoxville.