August Is the Worst Month for Car, Truck and Vehicle Accidents

Home/Auto Accidents/August Is the Worst Month for Car, Truck and Vehicle Accidents

August Is the Worst Month for Car, Truck and Vehicle Accidents 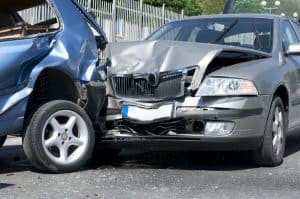 It would be tempting to think that most accidents happen during the winter months when the roads are icy and during the holidays when there’s a lot of traffic on the roads. Not so, according to data analysis by the Insurance Institute of Highway Safety. It’s actually August. Tennessee drivers should be aware of this report since August is the month Tennessee children go back to school. The IIHS also concluded that Friday afternoon is the most dangerous time of the week. The good news is that school buses are still safer than riding in any other vehicle.

Why August is the worst time to be on the roads

IIHS based its conclusions on the following factors: In the summer, drivers travel more miles and there’s more traffic. Summer drivers tend to speed and to drive while they are under the influence of alcohol – both of which are extremely dangerous for school children. Speeding and not wearing one’s seat belt are also major contributors both to the accidents themselves, and the injuries that result form those collisions.

Some of the reasons for auto accidents that may influence high August numbers include:

Nationwide’s study found that drivers were most aggressive between 9am and 4pm on Fridays. Hard-braking and fast accelerations are indicators of aggressive driving.

At the Rocky McElhaney Law Firm, our Gladiators in Suits hold careless and aggressive lawyers for all types of injuries and for causing deaths. We demand compensation for your pain and suffering, lost income, medical bills, car damage, and other damages such as scarring and disfigurement. Our Nashville car accident lawyers are ready to try your case before a jury if it can’t be settled to your satisfaction. To speak with an experienced lawyer, please phone us at 615-246-5549 or compete our contact form. Our offices are located in Nashville, Hendersonville, and Knoxville. We represent car accident victims throughout Tennessee.