Auto Insurance Rates Are Spiking Across the Country

Home/Auto Accidents/Auto Insurance Rates Are Spiking Across the Country

Auto Insurance Rates Are Spiking Across the Country 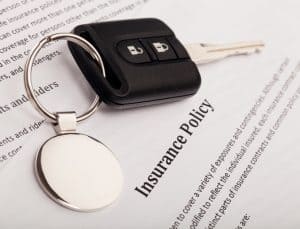 A February 7, 2018 Washington Post story disclosed that the national average insurance rate is now $1,427.  Some of the recent rate increases were due to the recent snap of cold weather especially in the South where drivers aren’t used to snow and ice. Many of the reasons for the increases appear to be arbitrary. Low-income drivers often can’t afford even the minimum state insurance liability requirements for car accidents.

Some of the uneven and unfair reasons for auto insurance increases are:

One website, called The Zebra, examined 50 million insurance quotes. It found that car rates have increased 20% since 2011. It also found that:

The Washington Post story also cited a 2015 Consumer Reports report that insurance companies prefer higher-income drivers because they aren’t as likely to shop around if they get a rate increase than lower-income drivers.

At the Rocky McElhaney Law Firm, our Gladiators in Suits fight to get our clients full compensation for medical expenses, lost wages, daily physical pain, emotional suffering, and other damages. A settlement or verdict isn’t the final phase. To get paid, the insurance companies need to pay the amount due. We understand which insurance companies should pay your claim and how much. Our Nashville, Hendersonville and Knoxville car accident lawyers help you get the insurance funds you deserve. To speak with a strong advocate, please phone us at 615-246-5549 or use our contact form to schedule an appointment.