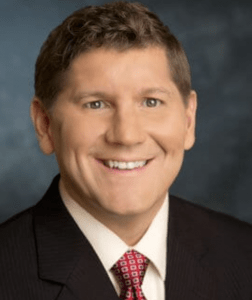 All of us at the Rocky McElhaney Law Firm would like to offer a giant “Congratulations!” to Rocky, who has just been named the President-Elect for the Tennessee Trial Lawyers Association! This is an incredible honor, and we know that Rocky will do an amazing job helping to lead an incredible organization. Next year, in 2018, he will begin his role as the President of the TTLA.

What is the Tennessee Trial Lawyers Association?

The TTLA is an organization made up of trial attorneys from across the state, who are dedicated to protecting the civil justice system. Their stated purpose is:

For many people, especially those who have been injured, or whose rights have been violated, the civil justice system is the only way for them to have their say, and to hold accountable the people who have caused them harm. Because of a misguided belief in “tort reform,” much of our civil justice system is under attack. Members of the TTLA, as well as TTLA leadership, strive to keep the power in the hands of the people, and to protect the rights of people throughout Tennessee who deserve justice. As Rocky said, “I’m thankful to get the opportunity to lead the TTLA and prevent bad legislation from hurting the people.”

Rocky has been a member of the TTLA for many years – and in true Rocky style, he’s made quite an impact. In 2013, he stood before the House Committee at Capitol Hill on behalf of the TTLA and spearheaded the fight against HB194, the barbaric Worker’s Compensation Reform Bill which stood to make insurance companies and big corporations even richer, while railroading the injured employees.  The Bill proposed to close the doors of the courthouse for Worker’s Compensation claimants so they would not be able to stand a fair trial, slashed their benefit and made them easier to fire, all while actually financially rewarding businesses for firing the employee.

Despite heroic efforts by Rocky and other TTLA members, the opposing lobbying efforts were too strong, and the Bill was voted into legislation and went into effect in 2014, changing Worker’s Compensation in Tennessee forever. But you know Rocky: he’s no quitter, and one lost battle didn’t end the war. The people of Tennessee need organizations like the TTLA, to powerfully and strategically fight big business-favoring legislation that would otherwise bring suffering and great economic loss to real people across the state.  The TTLA is their voice at Capitol Hill – and they couldn’t have chosen a better leader, or a stronger representative, than Rocky McElhaney.

We hope you’ll join us in congratulating Rocky on this latest honor. The TTLA is an incredible organization, and we know that Rocky will continue to fight for what is right, and to help keep the TTLA moving in the right direction.