Military Medical Malpractice Claims Can Be Valid Despite Feres

Military Medical Malpractice Claims Can Be Valid Despite Feres 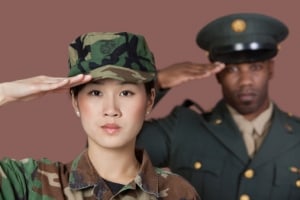 The members of our armed forces dedicate their lives to a cause that puts them squarely in the path of danger on a more a less daily basis. We reward them for this service with the promise of advancement opportunity, continuing education, and the chance to travel the world. Take care of the family, and the family takes care of you. However, that promise falls short in several important ways, not least of which is that members of our military are not entitled to the same rights as civilians in the very country that they risk their lives to protect.

In 1950, the US Supreme Court issued an opinion on three cases that became known as the Feres doctrine. The doctrine basically states that troops cannot sue the government or its agents for injuries that “incident to service.” Effectively, members of our military cannot sue other members of our military for actions that caused harm during active duty. At the moment, this means that military staff and medical hospitals are essentially immune to medical malpractice claims, even when gross error causes serious injury or death.

Lieutenant Rebekah Daniel, a labor and delivery nurse at Naval Hospital Bremerton in Washington, arrived at the hospital with her husband in March 2013 to deliver the couple’s first child. Her co-workers took special care of her; when she began bleeding after delivering a healthy baby girl, her team swung into action. Drugs were administered, but failed to stop the blood loss.

After stronger drugs were administered and also failed, the team’s response began to fall apart. A balloon device was used too late. A blood transfusion was ordered almost 90 minutes after the recommended time had elapsed. In total, she lost almost one-third of her total blood volume. Daniels died four hours after a routine delivery; she never even held her daughter.

In an interview with the Military Times, Lt. Daniel’s husband, Coast Guard Lt. Cmdr. Walter Daniel, put it this way: “Who dies of blood loss in childbirth nowadays in the United States? This is called a ‘never event’ in the medical world. It’s not supposed to happen.” The article goes on to report “Statistics show that two to three women die each day in the U.S. from postpartum hemorrhage, and cases in civilian hospitals routinely result in wrongful death lawsuits. But because Daniel was active duty, her family is barred from taking legal action…”

The need for change is clear

Around 10,000 petitions challenge the Feres doctrine every year on behalf of service members who are permanently injured or killed by professional negligence. Walter Daniel has joined this number, and hopes that the circumstances of his wife’s death will prompt the Supreme Court to reconsider the doctrine. Unfortunately, the odds are daunting. Justices typically accept 75 to 80 of the challenges per year; that’s slightly less than one-tenth of 1 percent.

While the members of our military face long odds to gain the ability to hold medical professionals accountable the same way that civilians can, there is a silver lining. At least three Supreme Court Justices believe that change is necessary. From the same article, “Writing for the dissent, Justice Antonin Scalia suggested that Feres should be reconsidered: ‘Feres was wrongly decided and heartily deserves the widespread, almost universal criticism it has received.’”

The list of wrongs that our dedicated military service members have suffered is far too long; preventing them from seeking accountability and justice for these grievances is unconscionable. The compassionate team at Rocky McElhaney Law Firm has experience handling complex cases. If your active duty or veteran loved one was injured or killed by professional negligence, you may be entitled to additional compensation. The experienced Nashville medical malpractice attorneys at Rocky McElhaney Law Firm can evaluate your case and help get you the compensation you deserve. Call 615.246.5549, visit our offices in Nashville, Gallatin, or Knoxville, or contact us today for a free consultation.