Damage to the Cerebellum May Be a Linked to Autism

Home/Birth Injury, Medical Negligence/Damage to the Cerebellum May Be a Linked to Autism

Damage to the Cerebellum May Be a Linked to Autism

As awareness for autism and spectrum disorders grows, doctors are working harder than ever to find a root cause in the hopes of finding a cure. Enter three doctors and a fascinating article in Neuron, who believe that damage to the cerebellum – the 10% of your brain that houses 50% of your neurons – may be a cause for autism.

The Daily Beast sums up the argument nicely:

[Co-author]Dr. Wang, an associate professor of molecular biology and neuroscience at Princeton University, puts forth the theory that the cerebellum is responsible for helping developing minds process complex sensory information necessary to form normal social relationships. In cases where something goes awry in this process, other structures in the brain are affected, and [autism spectrum disorders] ASDs may result.

By understanding how damage to the cerebellum can cause the disorder, doctors and scientists can start to look for better therapies – perhaps even a cure – for people on the spectrum.

Who’s to blame for your child’s autism? 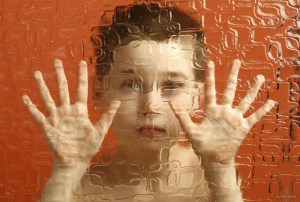 We understand that this is a loaded question, but it’s a relevant one – especially if your child developed an ASD because of a medical mistake. Because the cerebellum is well-protected by the rest of your brain, injuries are exceedingly rare (as compared to other types of TBIs). But any damage sustained to the developing brain during the second or third trimester of a mother’s pregnancy could lead to an ASD. At particular risk are mothers who:

Premature babies are at an even higher risk, as the cerebellum may not have developed as much as it should by the time the baby is born. Doctors who use too much pressure with the forceps could also injure the cerebellum, if they slip and grab the baby near the spine.

We understand, however, that sometimes autism is the result of a truly random set of circumstances, and that a mother’s medical care has nothing to do with why a child may develop autism later. The evidence is still being studied. But if your child is on the spectrum and you suspect there could have been a mistake made during your pregnancy or during the birth, give us a call; we’ll be happy to see if we can help you.